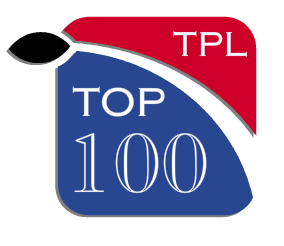 Training camps are open around America, key injuries are already happening and suspensions have been handed out. It can only mean one thing... Football season is upon us!
The annual Hall of Fame game is just over a week away, HBO's "Hard Knocks" crew are gearing up to give us another behind the scenes look at the Cincinnati Bengals and we here at TPL are planning out our pre-season coverage and picks.
But during all that we will continue with our countdown of the best players in 2013, with the number 1 player being revealed on opening day.
Here you can see players 40 to 31, with the links to everyone else above. Sit back and enjoy!

The Buccaneers rookies are already in camp, and the first whole-team camps are just three days away. Three days! And there's only 18 days until the Hall of Fame game kicks off on August 4th. Can you feel the excitement starting to build!?

Finally we'll have something to discuss other than which mediocre QB will guide the Jets to a losing season, and just how many people have had Aaron Hernandez's name laser-removed from tattoos in the greater Boston area.

Perhaps more importantly, we mark the half way point in our TPL100 countdown with #50, and as we get into the real meat of our list we'll start to show our true colours, with all the players from here-on-in receiving consensus top 100 nominations. Who made it? Take a look after the jump.

The calendar has turned to July, and that only means one thing - training camp is right around the corner. Yes, ladies and gentlemen, we're only a few weeks away from football returning into our lives until February - happy days indeed! Only a few more weeks before sporting media can stop having to fill airtime and column inches with ridiculous stories only loosely related to the NFL and can focus on actual football - less of Sapp/Strahan feuding and of Mark Sanchez's bare ass, more of coaches and players discussing how their schemes are coming together, of rosters being constantly re-shaped as general managers look for that one hidden gem buried deep in the remnants of the free agency market, and of depth charts being finalised as grizzled veterans are replaced by young studs and highly-touted former first rounders battle free agent signings as they try to shake the 'bust' label before they find themselves a washed up cautionary tale for incoming rookies. It's almost back, my friends. Almost.

But not quite yet. The first rookies to report to camp will be the Tampa Bay Buccaneers', who report on the 17th; the first full-team camps to report belong to the Miami Dolphins and Dallas Cowboys, the two teams who will play in the Hall of Fame game on August 4th, which open up on the 20th. With the return of the NFL so tantalizingly close, we all need a football fix to get us over the final hump. Luckily, with the TPL100 closing in on the halfway point of our countdown, you can find your fix after the jump...