So here we go! Another summer, another run down of The Pulling Linemen's top 100 players in the NFL.


Sure, you could go to NFL.com and see where the players voted one another, but why would you do that when your 3 favourite UK linemen have put together a far superior list?!


Over the next 100 days, running right up until opening night, we'll be revealing a new player every day. So make sure you check back regularly to see where your favourite player comes in. And as ever, if you agree or disagree, or just want to have a debate, leave a comment or hit us up on twitter, @PullingLinemen.

If the 2013 season started tomorrow, who would you want on your team?

It's that time of year, when the sun is in the sky, summer's just around the corner, there just over 100 days until the 2013 season opener, and Gur decided to re-use the same introduction almost word for word as last year. Yes, it's almost time for your favourite linemen to reveal who we judge to be the one hundred best players in the NFL right now - the one hundred players we would want on our team if the 2013 season started tomorrow.

We're now a week removed from the 2013 draft, and even before Jonathan Cyprien was taken to open up the 2nd round every analyst had "draft grades" for the teams. Players who still hadn't put pen to paper on contracts were being graded? the word "premature" doesn't even come close to describing that situation. 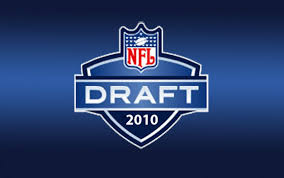 Draft analysis has never been a bigger industry, with every major sports network in the US having their own "experts" as well as a plethora of independent draft evaluators, and there's a huge audience for such work. This is why we can sit at home and laugh at Dallas for "reaching" on Wisconsin's Travis Frederick at 31, or be stunned when Sharrif Floyd is only taken at 23 because for months everyone's been telling us he should be going in the top 10. We're calling out hits and misses on whole draft classes before a down has been played, and that's just not fair on the players or the teams who pick them.

The old mantra was that you don't evaluate a draft class until they've been in the league for 3 years. Which means rather than evaluating the 2013 class all week, the experts should have been telling us about the 2010 class. But they haven't so it's been left to your favourite UK Linemen to get down to the nitty gritty of assessing who came out ahead or behind 3 years ago, and who's surprised everyone with great or terrible performances. So, it's re-draft time!!