OLR Week 10: Revenge of the Titans 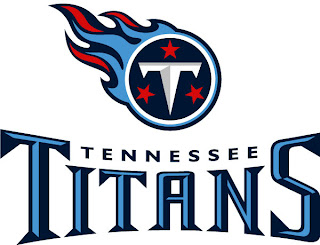 Last week in my OLR analysis of the NFL, the Tennessee Titans offensive line graded out top of the league, despite the team having their asses handed to them by the Chicago Bears. After watching the game back it was clear the Titans OL had done reasonably well in pass-pro, and kept QB Matt Hasselbeck's nose clean, but their numbers in the running game were massively bloated by Chris Johnson's garbage time 80 yard TD scamper, so I dismissed their #1 rating as a quirk of the numbers.

Someone obviously told the Titans what I'd said...

In week 10 the Tennessee Titans set out to prove me wrong and dished out a beating on the Miami Dolphins,  putting up 37 points in the process, and the OL earned themselves their 2nd #1 rating in a row. This time, I'll give them some credit!

In case you're coming across OLR for the first time, here's a little extract from week 1, when we introduced the metric, explaining what exactly it is:

"Put simply, the OLR is an equation devised by us that scores offensive line units based on 6 key stats from a performance:
These stats, plus a few little mathematical intricacies, give us an OLR score. A score of 0 (zero) is basically equivalent to a completely average game, a score of around -1 is a terrible performance, and as you'd expect, scoring 1 or above is statistically excellent."

Since then, we've also introduced defensive adjustments to the ratings, so that teams who play against a weak front 7 don't have bloated numbers, and those that only put up average numbers, but against an excellent defense, still get the credit they deserve.

It's a great result against a good defense which has propelled the Titans to #1 this week.

Through 2012 so far, the Miami Dolphins front 7 has been consistently good, allowing just 94.2 rushing YPG (5th in NFL), 4 rushing TDs (6th in NFL), and also registering 24 sacks (12th in NFL). Despite their defensive backfield being poor at best, these stats grade the Dolphins front 7 out as #1 in the NFL. When you take that into consideration, the 177 rushing yards on 37 attempts (4.8YPC) that the Titans achieved this week looks all the more impressive. They were also able to protect against the pass rush. Cameron Wake managed to get to Jake Locker once in the game, to continue his consecutive games with a sack streak, but this was the only time in the whole 60 minutes that Locker was downed in the backfield by the Dolphins D. Combine these numbers with 10 rushing first down in the game, and only 3 carries for negative yards, and the Titans OL can certainly claim to have had a good day at the office. Even without the strength of the Miami D taken into account the Titans would have had the second highest non-adjusted OLR of the week (behind only the Cincinatti Bengals), so it is without question that I have to give the #1 crown to Tennessee this week.

Closing out the top 5 this week are 4 teams that also have the strength of their opponents to thank for their high OLR scores this week.

The Bears-Texans game on SNF was a real slobberknocker, with both teams knocking 7 bells out of each other without scoring many points. Still, despite the weather and Jay Cutler getting knocked out of the game, the Bears OL managed to keep the #2 ranked Texans D at bay - grinding out 115 rushing yards on 23 carries (5YPC), and keeping the NFL sack leader JJ Watt off their QBs' backs all game, giving up zero sacks and allowing just 3 knockdowns. Of course, they didn't manage to score on the ground, nor did Matt Forte have a carry of over 8 yards on 16 attempts, but against a top defense like Houston, their performance was decent.

The Bengals #3 performance was due entirely to their ability to pass protect. They didn't have a carry of over 9 yards in the game, and ended with just 76 yards on 28 carries for a YPC of 2.7. What they did do, however, is prevent Andy Dalton from getting sacked all game, which in no small part contributed to Dalton's stats of 21-for-30, 199 yards, 4 TDs and 0 INTs. The Giants pass rush hasn't really been the dominant force of previous years, but the front 7 is still in the top half of the NFL, and keeping Dalton upright all game is no mean feat.

One again, the St Louis Rams OL finds themselves near the top of the table, despite not winning. They didn't lose this week either, but that's not the point. In Rodger Saffold's first game back at LT, Steven Jackson recorded his first 100 yard game of the season, and the team's 4.3 YPC on 37 carries was good enough to power them into OT against a fancied San Francisco 49ers team. Of course, Alex Smith left the game with a concussion forcing the 9ers offense to adjust massively to Colin Kaepernick's skillset, but regardless their #3 ranked D couldn't keep the Rams quiet. They did manage to sack Sam Bradford a couple of times, as well as record a total of 6 knockdowns, but it was really penalties that stopped the Rams winning this game in OT.

Rounding out the top 5, the Minnesota Vikings recorded an important win over the Detroit Lions, and again it's thanks to the phenom that is Adrian Peterson. His 171 yards on 27 carries contributed to the Vikings YPC of 5.4, and he also scored on the ground on a 61 yard rumble in the 4th quarter that secured the W for his team. Of course, Peterson couldn't do this without great blocking from his OL, and they managed to control the Lions D all game, limiting them to just 1 sack in the passing game also. It's hard to tell just how much of the run game is due solely to Peterson's ridiculous skill, as he was the only RB to have any attempts on Sunday (only Ponder and Wright recorded attempts), but seeing as we look after the interests of O-linemen here, we'll give them plenty of the credit too.

At the other end of the table are some OLs that don't deserve any credit at all. The Atlanta Falcons couldn't move the ball on the ground at all, just 2.6 YPC against the league's worst run D in the Saints, as well as 5 negative runs compared to just 3 rushing first downs. The Jacksonville Jaguars continue to struggle without MJD, with just 37 rushing yards in the game, and allowing Gabbert and Henne to get taken down repeatedly against the Colts. The Miami Dolphins unsurprisingly struggled on O as much as they did on D vs the Titans, just 54 rushing yards and 2 sacks of Ryan Tannehill are not great from an OL that has been strong this season, and contributed to putting up just 3 points in the game.

With week 11 now approaching, the final bye weeks will be over, and we can delve back in to the performances of the OLs over the whole season so far as all teams will have played the same number of games. The New York Giants have been topping the table all year, but with poor performances in weeks 9 and 10, will they have lost their lead? Who will be challenging them. Check back next week to find out.

- Phil Gaskin (@sosayitisaid)
- The Pulling Linemen
Posted by Writers at 14:01