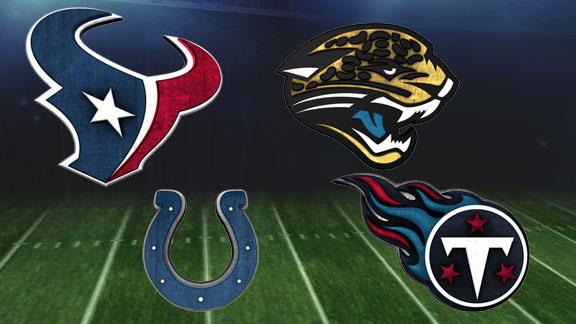 The AFC South is considered by many to be the weakest division in the NFL. And they might be right. 3 of it’s teams will be starting a quarterback in either his 1st or 2nd year in the NFL. Star running backs have held out for 2 training camps in a row now, and the great Peyton Manning has departed from Indianapolis.
But it also plays host to a fearsome running attack, a team who were perhaps the best in the AFC last season, 2 of the best defenses around and the next Peyton Manning.
So what does the AFC South have in store for us this season? Have a look and find out...