We're just a few weeks away from the start of the college football season, and it's about time we started getting excited. For fans that don't follow college football closely, it can be difficult to really get into a team and get to know the players, particularly if you don't have a personal link to a team or school. It's even harder to get to know the most important people on that team - the O-linemen. The big name QBs, LBs, and to some extent LTs will get plenty of fan focus, but Centres often fall under the radar (Ed: Yes, we'll be using the British spelling of Centre throughout the series!); and so over the coming weeks we'll be bringing you some Rimington Watch List profiles to help you get to know the guys at the centre of the football world!
Read more »
Posted by Writers at 15:33 No comments:

Penn's State - what Donald Penn's injury means for the Bucs

How valuable is a left tackle in today's the NFL? The Tampa Bay Buccaneers spent $41.7 million on one in 2010, but they're now going to learn just how valuable Donald Penn is to the team – by his absence. Allegedly playing a game of basketball during the weeks between the end of OTAs and the beginning of training camp, Penn has managed to injure himself, bad enough that there's concern about whether he'll be able to make any of training camp at all – and might even keep him out of the beginning of the regular season. (***UPDATE*** - it appears that Penn has been taking part in an amateur competitive basketball league called the Venice Basketball League, where he plays as part of the team "United Nationz") Penn may have screwed himself right over – there is allegedly a clause in his contract forbidding from playing basketball (again, allegedly at this point) during the offseason, so a large chunk of his contract may well have been wiped out by this incident – but there is a bigger question to be answered: how badly does it screw the Bucs over? How badly will the Pro-Bowl tackle be missed?
Read more »
Posted by Writers at 17:14 No comments:

Breesy Money: what Drew Brees' contract could mean for negotiations around the league

So, the Saints finally did the right thing, and paid the best and most important player – by far – on their roster what he truly deserves. This Friday, Drew Brees signed a five-year, $100 million contract, with $60 million guaranteed in the first three years - $40 million of which is due in 2012 alone. That's just ridiculous money – but it raises some very interesting questions that may shape the face of contract negotiations for offseasons to come.

This contract, though, has not just made Drew Brees an even richer man: it has undoubtedly set a number of precedents that will be brought up time and again whenever a team places the franchise tag on a player, and may even be taken into account when a player, still under contract, believes he deserves more money than his contract dictates. 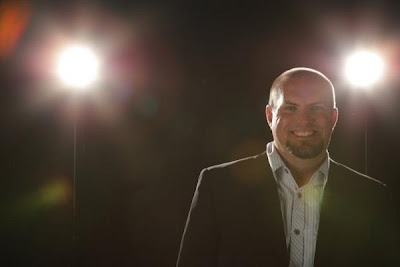 Welcome to the 4th installment of TPL Interviews... And this week we've tracked down everyone's favourite NFL.com and NFL Network analyst, Adam Rank! Member of the NFL Fantasy Live team, regular blogger on the NFL.com "Sidelines" blog, and constant foil to Dave Dameshek on the Dave Dameshek Football Programme Podcast, Rank shared his thoughts with us on the NFL in LA, how he'd improve the fan experience in the stadium, as well as telling us a little about how he got the opportunity to write and analyse and for the NFL!

Find out more, as well as some of Adam's fantasy tips for 2012, after the jump! 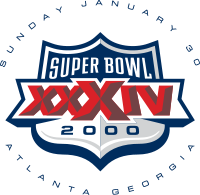