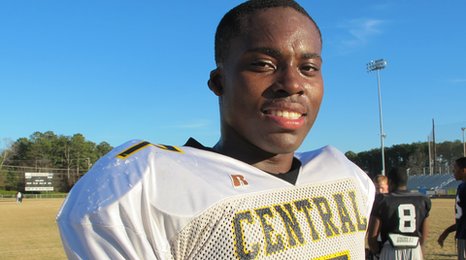 When a player enters the NFL, it is far from the start of their football career. Getting to that point requires playing 3/4 years of NCAA college football at a high enough level to get yourself noticed, and before that, players will usually have been involved in the game right the way through High School, and often Junior High or PeeWee. All in all, you can be looking at 5-10 years experience before a guy even makes it to college. For Francis Kallon Jr, born and raised in London, England, he was getting scholarship offers from big schools before ever playing a competitive snap!


In our previous "TPL Interviews..." segments, with NFL vets Daryn Colledge and Chris Kluwe, we didn't need to give you much of a backstory. The questions we asked and the answer these guys gave stood alone without the need to contextualize. With Francis Kallon, however, context is everything, so rather than a simple Q&A piece, this TPL interview tells a story.


Francis grew up in London, where his future sporting career could never have been guessed  "I didn’t really pay attention to American football while in England", said Kallon to TPL recently, but American sport in general wasn't quite so alien. " I was a BIG fan of basketball and the NBA."


At 17, Francis' mother, along with him and his siblings, moved to Georgia to be with Kallon Snr., who had emigrated many years ago to work and is now a full US citizen. But Kallon Jr. was reluctant at first, not wanting to leave the community in which he played a big part as a student athlete and an active church member. "Moving to the States was a pretty hard for me in the beginning and I was homesick for the first couple of months, but then I adjusted pretty well and now I look to keep progressing."


Adjusting pretty well is somewhat of an understatement. As soon as he arrived at Central Gwinnett HS, Kallon continued his basketball career that began in London, joining the school team, as well as showing off his not unimpressive footwork skills in soccer. When Coach Todd Wofford saw Francis working out in the school gym he instantly wanted him for the football team - his 6'6 frame and 265lbs an instant draw to play defensive end. But Wofford's approaches were stonewalled, as Kallon protested he was a basketball player, not a football player. Wofford persisted however, and Kallon eventually caved. "What changed my mind was the offer to just try the sport for 2 weeks and if I didn’t like it then I could walk away. So I just thought to myself “why not” and jumped right in (after having to convince my parents)."


It didn't take long for college recruiters to have the same realisation as Coach Wofford, and during Spring training, Francis' physical attributes got people at the next level talking.  "I had quite a lot of recruiters call me and try to get in touch with me and they would tell me that I had what it takes, then after the spring game I received my first offer from Arkansas." The Razorbacks weren't the only ones to take notice of the budding D-lineman, and scholarship offers kept pouring in from all over the US. But football was still not the major driving force in Francis' life. Faced with that many scholarships, a large majority of students athletes would take their time to weigh up which football programme would give them the best chance to play and succeed, or commit to the team they followed growing up. Kallon and his family, however, had another factor that was more important. His education. And it was partly academics that lead him to commit to Georgia Tech  "It portrayed a great upside in both academics and football. I would be getting the best of both worlds, As opposed to other big time football schools that offer great football but the weight of their college degrees beg to differ."


By this time, Francis was playing an active role in the Central Gwinnett team, and despite struggling a little to get to grips with some of the nuances of the game, was proving his coaches and college scouts right in their belief that he had what it takes to be an NCAA DE. The offers continued to come, including one from Notre Dame after Kallon had given his verbal commitment to GT "I was always open-minded after I committed, it was the least I could do for all the colleges that still showed interest even after I committed. At the end of the day, college football is a business and you never mix feelings with business and so I had to do what was best for Francis Kallon."


Despite the late interet of some big schools, Francis finally signed his Letter of Intent to GT, and in the past week has taken up his place as a Collegiate athlete in Atlanta.


"It’s an honor in my eyes to part of a system that is so rich in tradition both academically as well as athletically. I’m really looking forward to making a difference at Tech and leaving a big footprint, whether or not that will be done my freshman year or upwards. I’ve always risen to the occasion and so that is what will happen at Tech. My summer after graduating high school consisted of workouts, so I made sure I was prepared. My plans are to win a national championship, and to excel in the classroom." 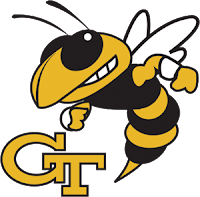 So what does the future hold for Francis? Typically, for a guy who has his feet firmly on the ground, he has a solid and commendable plan for the future. When asked if he'd consider a future in Pro-Football, he simply said, "If the NFL comes then it comes, but first and foremost I need that degree."
We wish Francis all the luck in the world representing the UK as a Yellow Jacket, and who knows, maybe one day he'll joining the expanding number of British born players plying their trade in the NFL.

- Phil Gaskin (@sosayitisaid)
- The Pulling Linemen
Posted by Writers at 16:02