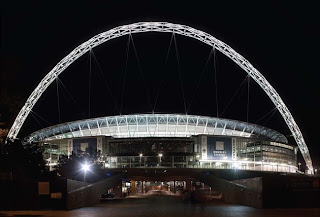 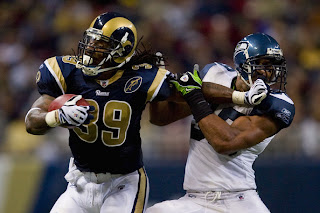 ·         The NFL wants to test the viability of an English Franchise – This kind of goes without saying. The eventual goal of the NFL seems to be to become truly global, and the only way to do this will be to have teams based outside the USA. The Bills moving to Toronto seems a likely step to start this, but a London franchise has certainly been presented as a future possibility. Sending one team here for 3 years in a row should give the NFL an indication of how well a team would be accepted by local fans, and if the number of Rams fans skyrockets due to this series then it might be a tick in the box of the London Franchises. The problem is it’s not a fair test. The 3 year investment to London by the Rams is no more than that, a 3 year investment, and doesn’t give people a long term incentive to follow the team. Having no “local” team here, fans have no geographical incentive to follow one franchise or another, and have other reasons for picking a team. Putting a team in the UK would instantly give new fans to the NFL an automatic decision of who to follow, and would probably make a number of established fans follow them as at very least their second team. This 3 year deal will certainly not make current NFL fans support the Rams, even if a few new fans do get drawn in (although let’s be honest, new fans in 2012 that watch the game are slightly more likely to end up following the Patriots).
·         The Rams are looking to make some money from UK fans – This one didn’t take much thought. When was the last time the Edward Jones Dome had an attendance of over 75,000? In 2011 the average home attendance was 56,394, a lowly 31st in the league.
·         The Rams are moving (probably to LA) – Is it a coincidence that this contract is the same length as the remaining lease on the Edward Jones Dome? I doubt it. The fact is, for a team to move to LA, they need to make a public commitment to the move before the stadium construction can actually begin, and this would precede their relocation by 2-3 years. Doing this will spell death for the franchise that comes out as “On the Move” in their current marketplace, so having a few fixtures already penned in that will attract large crowds (even if you have to travel 3000 miles to get them) would be a welcome distraction from the silence of your own home field. The Rams are a natural choice for moving to LA, having been based there before and hence still a large fan-base, having an expiring stadium contract in their current location, and being so terrible recently that a change of scenery would seem justified. There is an argument that says the Rams are making a power play with the city of St Louis with this deal. By showing how big a hit the St Louis economy will take by losing just 1 regular season game a year, it might scare the powers that be into funding a new stadium in the Lou so as not to lose the team permanently. The trouble with this theory is that the NFL won’t allow the St Louis marketplace to go without a team for long. Even if the Rams did up-sticks, I suspect that before they’d even seen out their notice, another team (read Jacksonville Jaguars) would be lining up to backfill the area. The fact that Shahid Kahn tried to buy the Rams previously, and now owns the Jags, makes it even more likely that this move would be pursued by at least one party.
If one/some/all of these reasons are true, then it might just about be justifiable to have signed this contract. Either way, I know the majority of NFL fans in the UK will ridicule it (with good reason), but I’ll still be there at all 3 games wearing my Dickerson Throwback #29. Possibly all by myself...
-      Phil Gaskin (@sosayitisaid)
-      The Pulling Linemen
Posted by Writers at 13:06