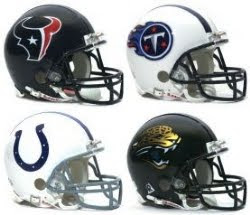 We conclude our division-by-division previews with the AFC South. With Peyton Manning out for what looks to be at least most the season, 2011 will see an AFC South in flux.

- Gur Samuel (@FredThePuppy)
- The Pulling Linemen
Posted by Writers at 16:36